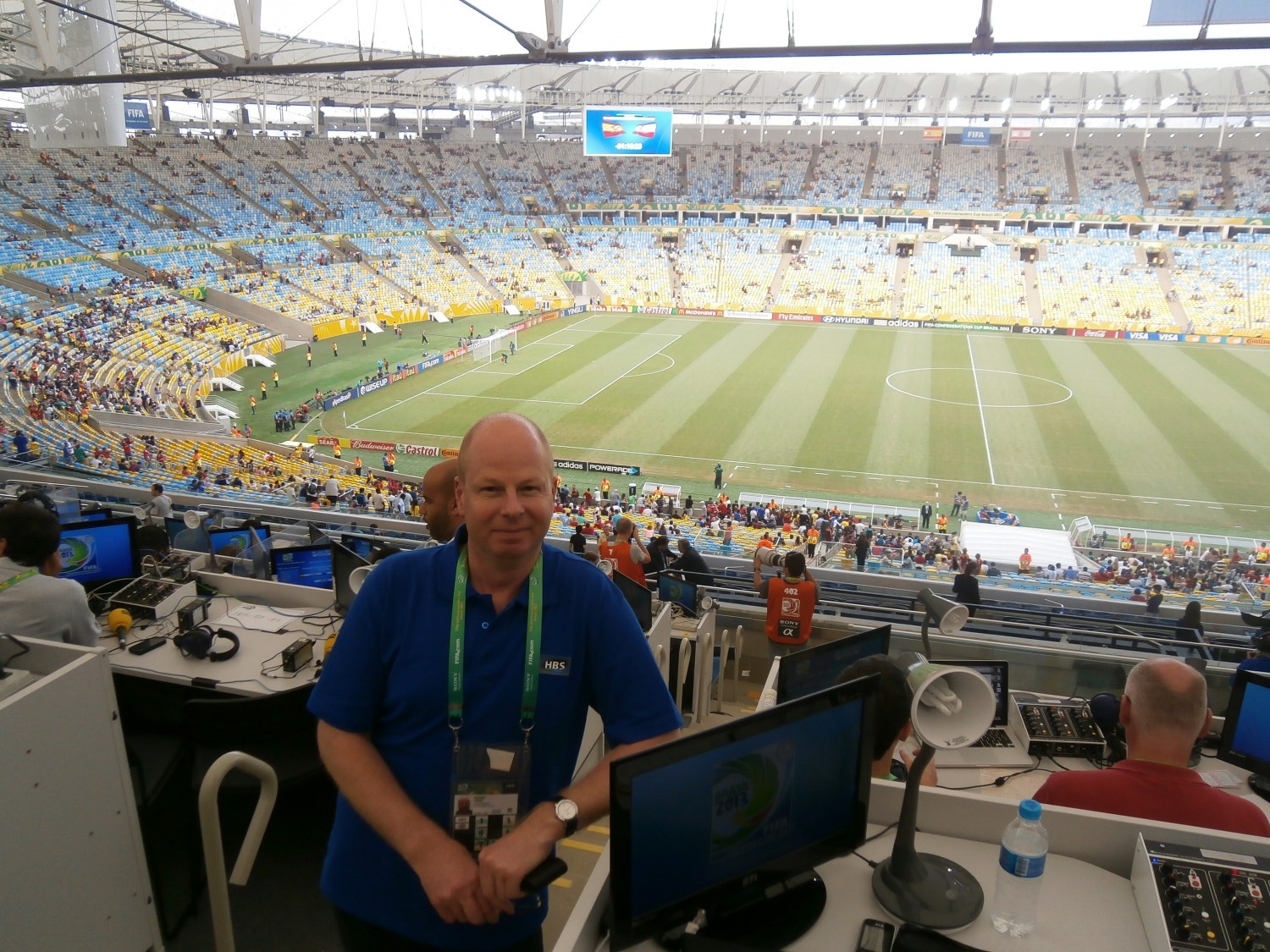 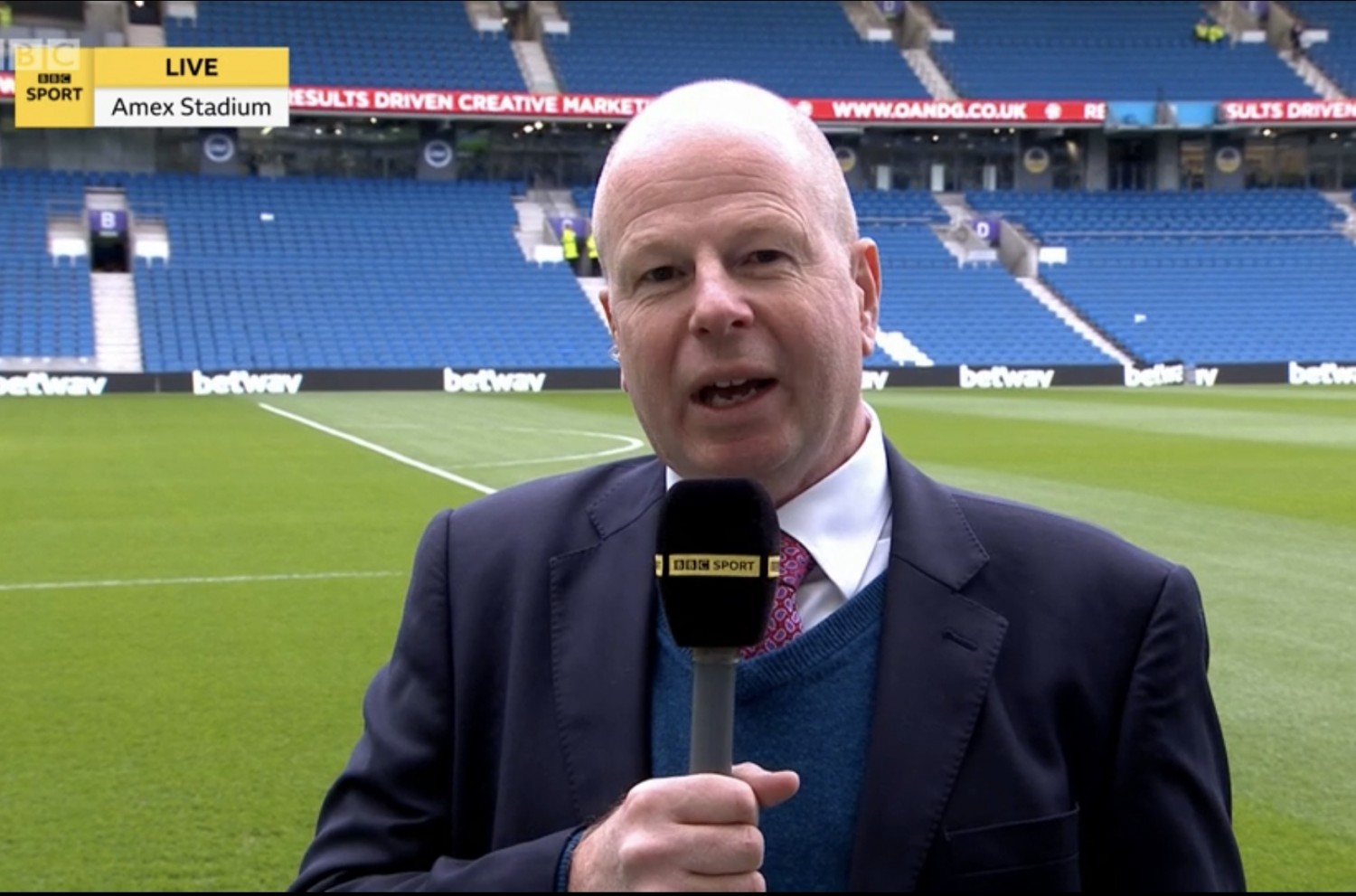 John Roder commentates on the Premier League for the prestigious and world famous BBC programme Match of the Day; and is a regular voice on tv stations all around the world. He has joined up with several other broadcasters to form a media training enterprise based in the South West of England http://johnrodermediatraining.com

2018 saw John in Russia at the World Cup in Russia, and the Club World Cup in the United Arab Emirates, providing world feed commentary for FIFA TV, and the Toulon Under 20 Tournament in France.

2017 saw John in the UAE for FIFA TV in December for the FIFA Club World Cup, and in South Korea for FIFA TV at the FIFA Under 20 World Cup in May and June.

In 2016 he was one of the world feed commentators for the Copa America Centenario in the United States, including the final in New York; and at the Toulon Under 20 event in France.

In 2014 he was one of the on site world feed commentators for FIFA TV at the World Cup in Brazil, and the Toulon Under 20 tournament in France.

The summer of 2013 saw John in Brazil to work at the Confederations Cup for FIFA TV, including two matches at the Maracana in Rio (above); the previous year John was at Euro 2012 in Poland for talkSPORT; the Olympics for BBC TV and the Women's Under 20 World Cup in Japan for FIFA TV.

As well as commentary John provides voiceovers for adverts, documentaries and corporate films; through his agents at the excellent talent company. www.excellenttalent.co.uk

Contact me to see how I can help you

If you would like to follow me on twitter it's @johnrodercomm if you're interested! I've recently started a venture with some good friends and colleagues who are also based in the South West of England, for more details please go to http://johnrodermediatraining.com.

Very pleased in 2022-23 to have continued my association with Match of the Day for BBC TV for a 19th season, and a 10th season with BT Sport. Rights to broadcast particular leagues come and go, such is the life of a freelance!

2023 sees me travel to Morocco for the FIFA Club World Cup in February, with further tournaments to be confirmed nearer the time. 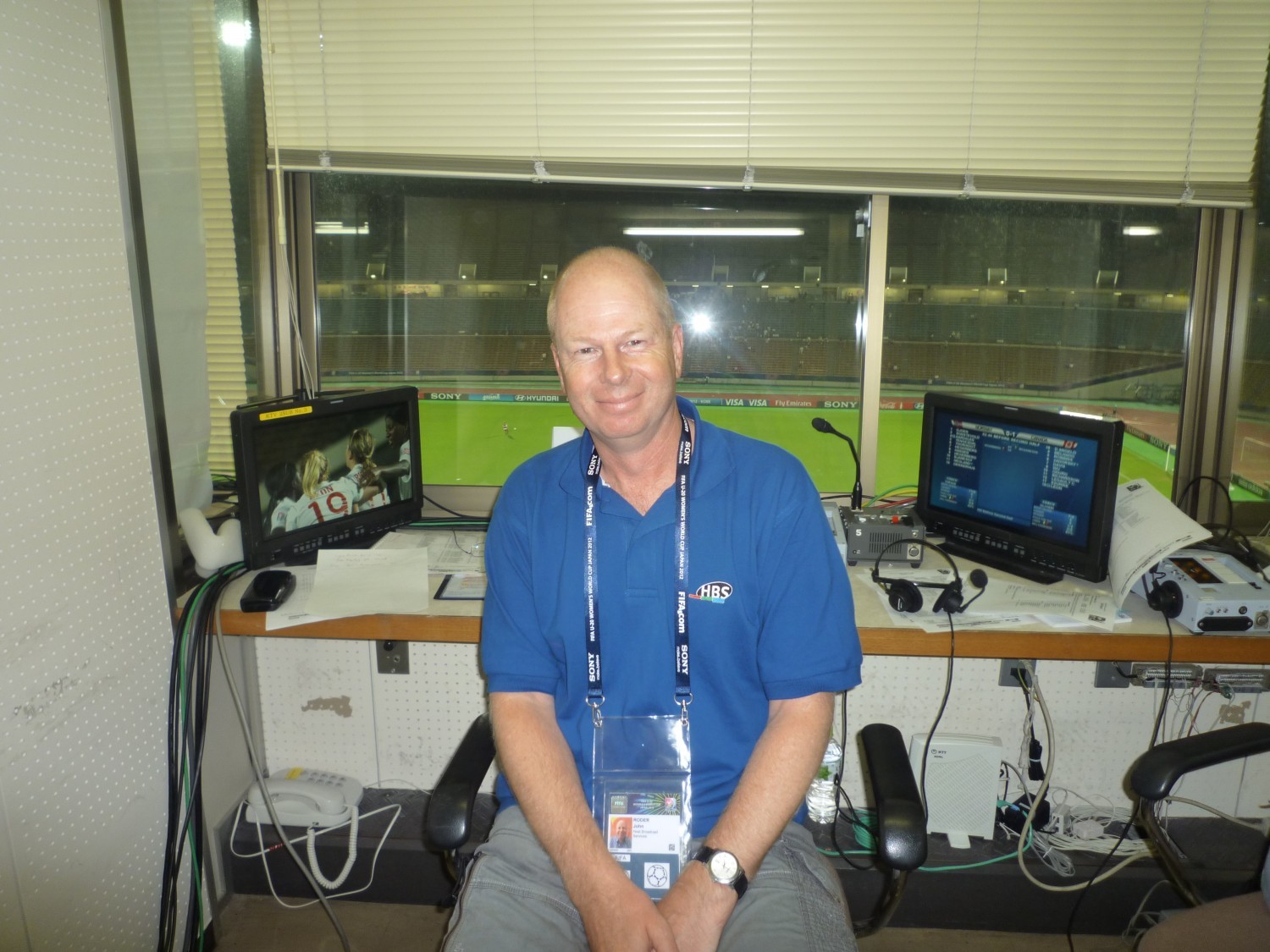 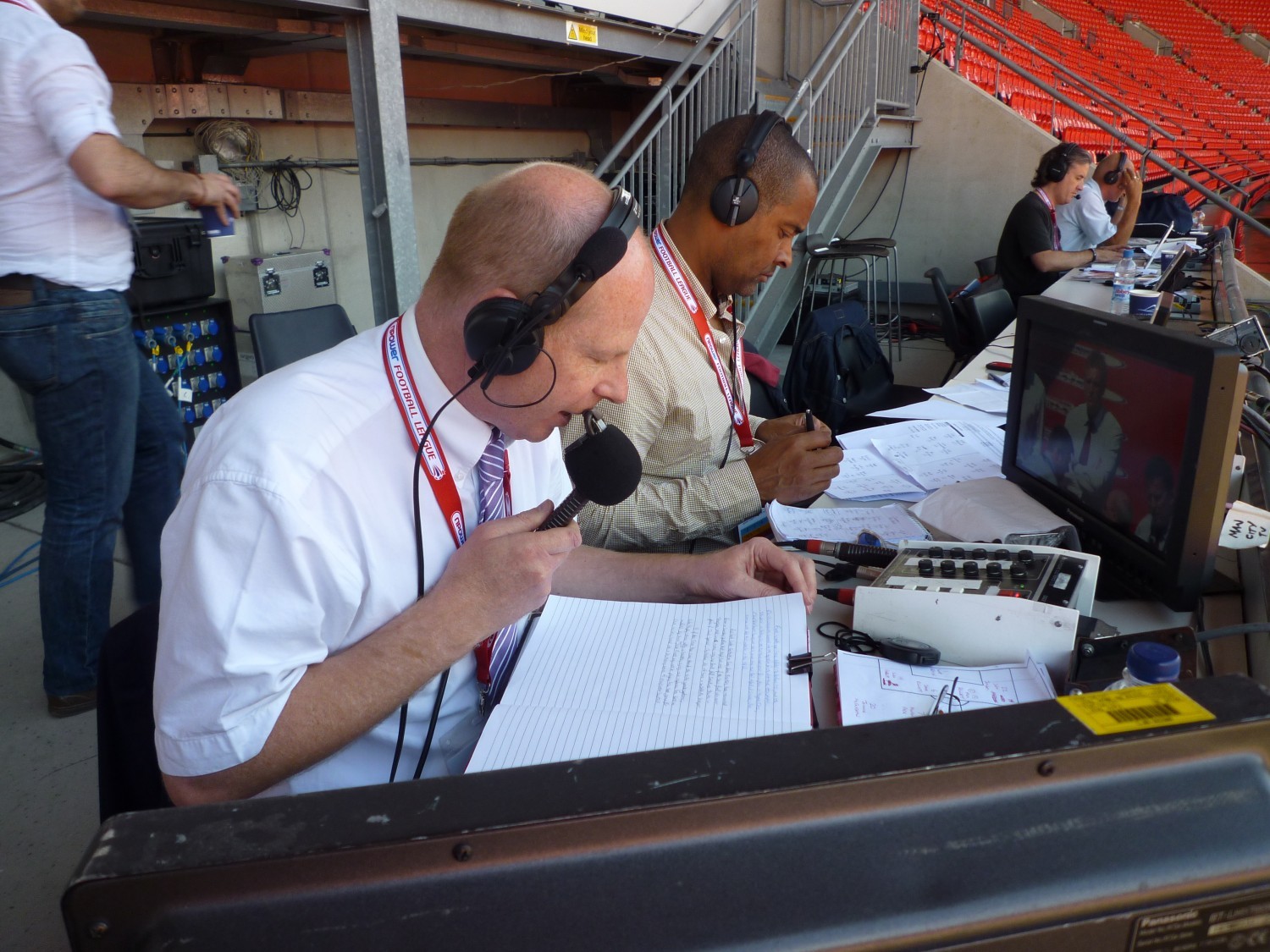 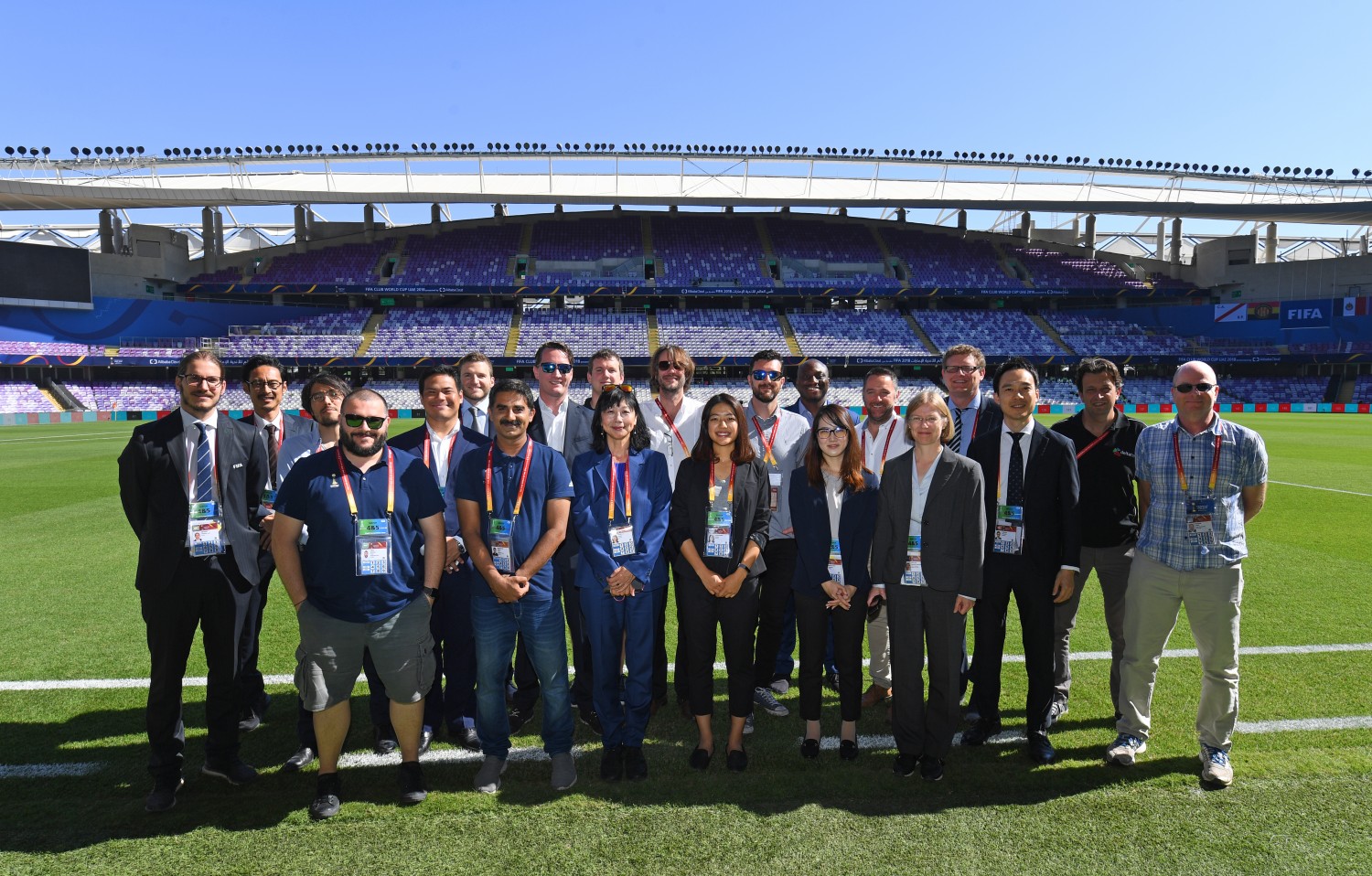 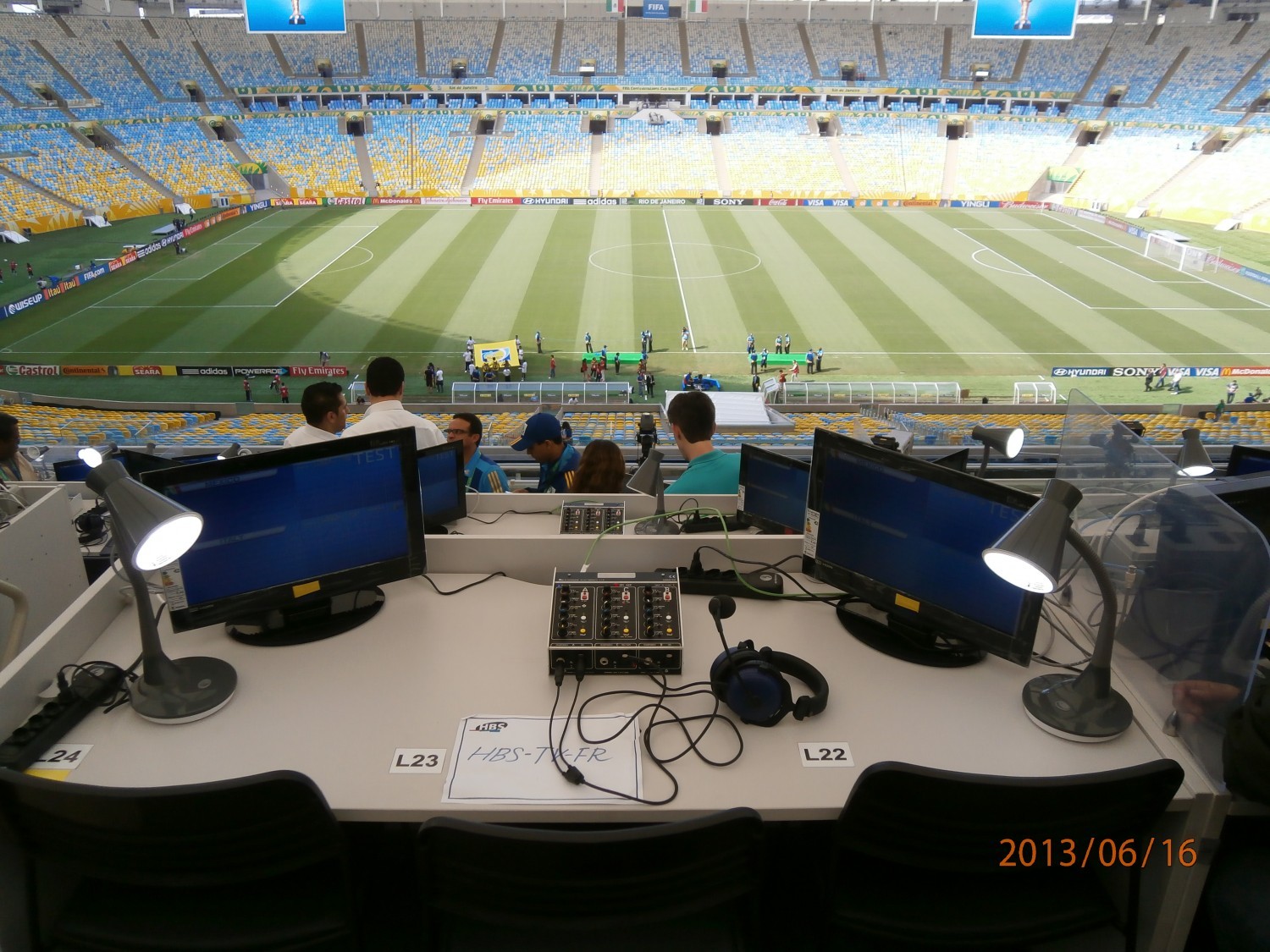